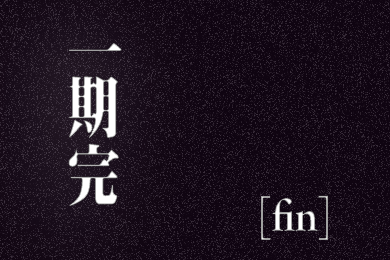 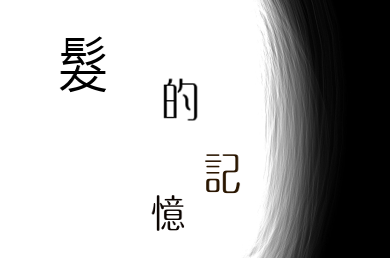 From Storytellers: It is a guest story written by Chen-tang, which happens to be the first English story. Enjoy.

It was a deep-freezing night, in early February, before Lunar New Year, on Jianshe Road, Shenzhen. A beggar displayed medals with her signs caught my attention.

The sign in Chinese read: ‘My name is Fu Xiaohong from Hunan Province. I was a national hurdling athlete, participated in many international sports events including the Beijing Olympic Games. I broke my knee accidentally in 2009, and I was thrown out of the team. I need money for surgery and repayment of debts, so now I sell my medals. Please help me, and good deeds will be rewarded and remembered’.

I took a closer look towards her, as scams in China are very prevalent. She was wearing a cast on her knee. I tried to talk to her, and find out whether this was a sad story yet to be told, or just a common fraud exploiting sympathies of passers-by.

It’s true, or she would be an Oscar-winning Actress. It’s all about humanity. As she talked more about her plight, you can see her eyes were filled with sorrow and despair, yet her tears showed how she missed those medals and her achievements in the sports field.

She was born in an ordinary family in Chenzhou, Hunan Province. Her parents were uneducated peasants because of the Cultural Revolution and therefore could barely read. She helped her parents in the field, and went to primary school. She dreamt of being an athlete, yet she remembered that her tuition fees were quite expensive. Almost half of the family’s income was spent on this, so she planned to quit primary school after only three years.

A month before she quit from school, the Province Sports Bureau was recruiting new potential members from various cities across the province. The bureau promised that there would be food and accommodation provided, and that the parents of those selected would receive some subsidies. She sought advice from her parents, who really wanted to keep their only daughter at home, but were facing financial problems at the same time. She decided to fill out the application form. She then was brought to be interviewed by various coaches and leaders. It was not an easy task for her, because she was not as good as expressing herself compared to others. Nevertheless, she eventually joined the Hunan province team. This really brought pride to her family as she was the only one who was selected in the entire village.

She outperformed her counterparts, especially in sprint and hurdling races. Coaches were satisfied with her performance. She could somehow continue her studies as there was a Chinese class for those who were not fully educated. She then learnt, and finally managed to write letters to her parents. These letters, read to her parents by the neighbours, delighted her parents so much.

She led a much disciplined life as she aspired to become a successful athlete and to win glory for her motherland. She woke up at 5am, using 5 minutes to fold her blankets, brush her teeth, wash her face and go to the canteen. She was provided with congee and some boiled eggs. She finished them within 10 minutes and started to warm up. Then 5 hours of practice, lunch for 15 minutes, then 6 hours of practice, dinner for 15 minutes, then Chinese lessons for 2 hours, and time for a bath and then she went to bed. She endured this difficult and tiresome lifestyle for over 7 years.

When she got older, she was often invited to banquets with leaders. Some leaders even wanted to molest her as she cannot resist nor quit the team. She cried in front of me when she talked about this. She tried her best to say “No”, but will they listen? She was eventually raped by an official from the Sports Bureau,. As compensation, she was given an entrance ticket to the tryout for the Beijing Olympics, the first global sports event held by China, as well as various national races. But she was excited to have that chance to be in the tryout, but, on the other hand, she couldn’t talk to anyone about her plight. She was so desperate and depressed, but she didn’t know how to alleviate her stress.

In spite of having such psychological problems, she was performing excellent in various tryouts and qualifications, and eventually participated in an actual race. She won the first runner-up in 100-metre female hurdling races, and the champion went to a Jamaican sprinter. Her parents were old and sick at the time, yet when they heard that their daughter won the silver medals of Olympic games, they burst into tears. She then won a chance to go back home and see her parents. She hugged her parents very tight before receiving some bonus from the bureau. They had a great dinner. She was passionately welcomed back by her village, district leaders, and bureaucrats with banners and ceremony bestowing upon her ‘role model of the district’. She dared not to reveal anything about the tragedy, but she learned a lesson that there is no such thing as a free lunch.

She was already a lady at that time. She was so enticing that no officials could say ‘No’ to her. She somehow got used to it. But once in a while, she was forced to kneel down for a long time, and she started to suffer from arthritis. She again dared not to tell her coach, worrying he would scold at her and throw her out of the team. She endured enormous pain, and could not help but tell the coach that she suffered from arthritis. He decided to send her to the team doctor. He found out that she did not only suffer from arthritis, but was also pregnant for twelve weeks.

She was soon dismissed by her coach due to her ‘promiscuity’ and arthritis. She was ‘officially’ unemployed, and due to her education level, she could barely find a job. Over the years, she had kept some savings. So she rented a tiny apartment, and that was where she met her boyfriend. He treated her very well, provided her with warm water, cooked meals for her as she could not stand for a long time. She suffered so much from arthritis that she had to walk as slowly as an elderly person. She was so grateful for this tender love and care because she had virtually lost her working ability. Her boyfriend also promised her that he will take care of her and her child. And of course, she dared not tell her parents that she was kicked out of the team and that she was pregnant.

After a few months, he told her that he was involved in a criminal case and needed some hundred thousand Yuan to bribe the officials. She sympathised with him and lent him the money. In the end it turned out that her new “boyfriend” was a swindler. He was eventually caught by the police due to fraudulent act, but the police would not return the money she had lent him because she had no proof of ownership. She was upset as she was swindled by the one she trusted most. And again, she dared not tell any of these troubles to her parents, as they might have heart attacks, and the district leaders would withdraw all certificates and prizes from her.

She had left no stone unturned, and she eventually went to Shenzhen, the closest Chinese city to Hong Kong. She was unsure whether going to Shenzhen could really help her, but at least it was the light at the end of the tunnel. She was wrong.

The city management squad of Luohu district had enforced law strictly, and often she was kicked to somewhere else by them. Even when they did not have blitz operations, she was prejudiced and looked down by the passers-by of the newly-built city. People often think they are swindlers, exploiting people’s sympathy and cheating people’s money in the name of ‘charities’. She told me that she is already three months pregnant, and that she desperately needed money for knee surgery and an abortion.

There are 1.3 billion people in China, they take up 9.7 million km2, and have more than 5,000 years’ of history in this world. How could this happen? I could not stop thinking about her unlucky outcome in life, but all I could do was say goodbye to Xiaohong. I did not want to leave, but I had to.She looked at me with eyes of sorrow and despair as I walked away. That was the first and last time I saw her. Two weeks later, her body was found in a dark, narrow alley. She was again, raped, yet there was already a foetus there.

‘Nature is unkind: It treats the creation like sacrificial straw-dogs.’ says Taoteching.